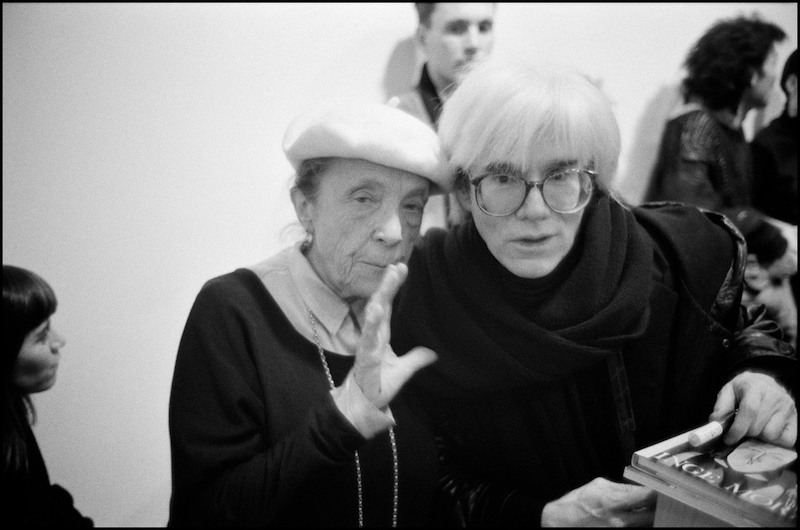 There is so much of my life in the faces in [these photographs]. If I had not looked into some of them my life would not have been the same. Quite a few of the faces I have known had to be left out of this collection and I do miss them. I asked to photograph these people because there was meaning for me in each of their persons, a feeling of closeness or admiration, a curiosity about them and their work, about how they carried their beauty or their fame, their isolation, their aging, their knowledge – in short, about how they faced the world. Most of these photographs were taken on my own initiative.

Occasionally this initiative was transformed into a gratefully accepted assignment by my having aroused the interest of an editor with the same inclinations. I like to go alone to these photographic meetings. A one-to-one meeting gives me the excitement of a first encounter, undiluted. In the ritual of getting acquainted, both people work harder at being seen as they wish to be seen, almost as one makes the critical assessment of oneself in a mirror, alone. At times the company of a friend helps to overcome some initial shyness. But the presence of lovers, wives, husbands, children often provokes a protective reaction in the subject. In reacting to more than one pair of eyes, to more than one relationship, a veil is drawn rather than lifted. Sometimes a familiar face seen in a new light is rediscovered. I delight in these encounters.