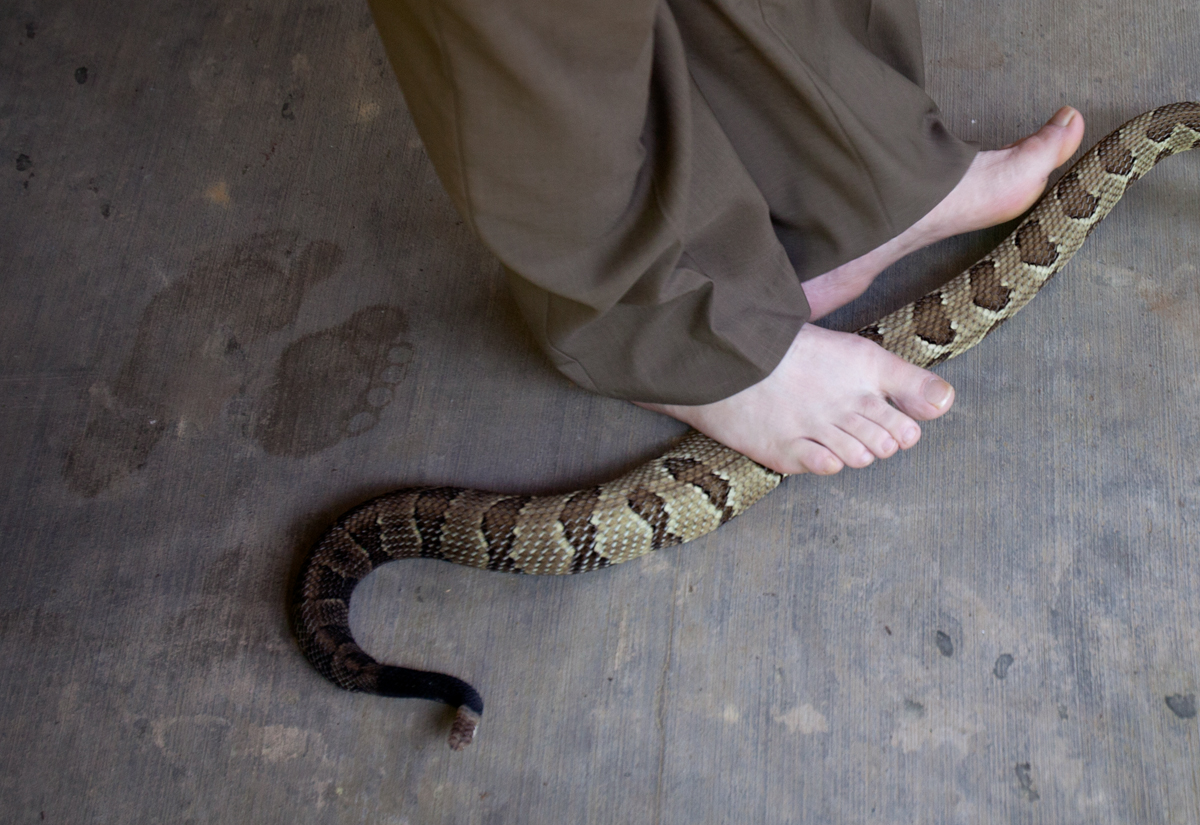 For Pentecostal Signs Followers, better known as “serpent-handlers,” these verses in the King James Bible are the word of God, and, as such, are to be taken literally. For more than a century, members of this uniquely Appalachian religious denomination have drunk poison and handled venomous snakes during their worship services, risking death as evidence of their connection to the Holy Spirit and their unwavering faith in God’s will. Though many mainstream Protestant congregations in the U.S. are shrinking, and the death of Pastor Mack Wolford from snakebite made international headlines last spring, the Signs Following religion continues to flourish in certain areas, particularly among young adults. Yet serpent-handling remains poorly understood, heavily ridiculed, and superficially reported. What motivates serpent-handlers to continue their potentially lethal practices through the generations? What role does the faith play in the lives of those who engage in it? These are two of the main questions I’ve sought to address since I met Pastor Wolford in West Virginia in 2011 and began my documentary project about Pentecostal serpent-handling. By photographing Mack and one of his young mentees in Tennessee, Andrew Hamblin, during both their worship activities and lives outside of church, I’ve sought to provide a more nuanced

view of serpent-handlers and generate greater understanding of their contested beliefs. My project tells a story of sin and salvation, of conviction and contradiction, of hardship and hope. “Faith and Its Price” became deeply personal in May 2012, when I photographed the worship service where Mack, 44, was fatally bitten by a rattlesnake. As a photojournalist and outsider, I felt it was not my place to intervene to save the pastor, who did not believe in seeking medical attention for the bite, but instead trusted God to determine his fate. I powerlessly watched Mack place his faith in God’s will and die in front of friends, family, and my camera. Sharing this traumatic experience and the difficult emotions that it stirred – despair, anger, guilt, and eventually, forgiveness – with the Signs Following community reminded me of the fundamental humanity that connects us, regardless of our different religious beliefs. I will complete “Faith and Its Price” in this frame of mind, hoping to generate greater understanding of serpent-handling by portraying it on a human level. In the wake of tragedy, what do we learn from our experiences, and how do we persist in what we do and believe?

One thought on “Lauren Pond: Faith and Its Price”