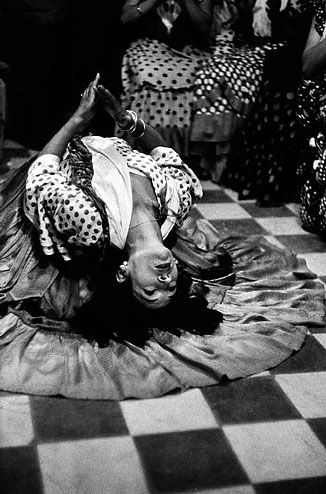 In time for New York’s annual Flamenco Festival, which starts on Thursday, an exhibition has just opened, split between two places. It shows flamenco in photographs, some of them dating to the 19th century.

There is little to distinguish tone and content between the show at the Aperture Gallery in Chelsea and that at the Amster Yard Gallery at Instituto Cervantes in Turtle Bay; it’s best to see them in quick succession. The overall title is “No Singing Allowed: Flamenco and Photography” (although, when I visited the Aperture Gallery, some old flamenco recordings could be heard in the background — I thought I recognized the voice of La Niña de los Peines, the most enthralling of all flamenco singers on record). The curator is José Lebrero.