Inge Morath: In Her Own Words 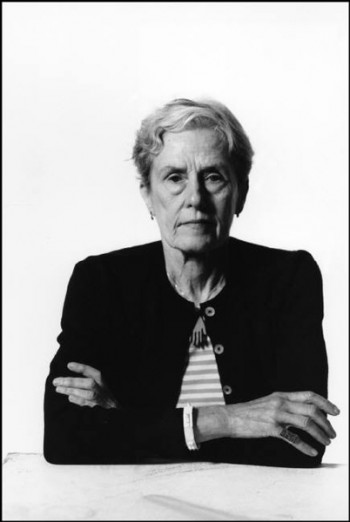 I personally arrived slowly at photography. I studied languages at university, took some courses in journalism, worked first as a translator and then as an editor for the Information Services Branch of the occupying American Forces in Salzburg, later in Vienna. In my spare time I wrote playlets for the Red-White-Red network and articles for various illustrated magazines, among them the Wiener Illustrierte. I started to be asked to supply some suitable photographs with my stories, which left me at a loss. I had never seriously occupied myself with photography; I did not even know a photographer. I had always been passionately interested in painting and drawing, but the artistic poverty of the “Third Reich,” where our only chance to see the major achievements of contemporary art was in (from my side at least) eagerly awaited exhibitions hung in school corridors under the title Entartete Kunst (degenerate art, including Picasso, etc.), provided no possibility for an education in visual matters. So I started to buy LIFE Magazine and photographic books and in my search for photographers I met Lothar Rübelt and Franz Hubmann and Erich Lessing and Ernst Haas.

Meanwhile I had become the Austrian editor of Heute magazine, published by the Americans in Munich, and started to work with Ernst Haas as a photography-writer team. Heute editor Warren Trabant forwarded a couple of our stories to Robert Capa, who summoned us to join the young Magnum Photos in Paris. Supplied with much food and a little money we boarded a train, left Vienna and stayed in Paris. Besides my work with Ernst, I started to write texts for the photographs sent to the Paris office by the then members of Magnum from all kinds of countries: Cartier-Bresson from the Orient, George Rodger from Africa, David Seymour from Greece, etc. I started to accompany different photographers on assignments for which also I had done the preparatory research, and later edited their contact sheets. I think that it is from this work that I learned the most.

A short marriage to an Englishman brought separation from Magnum and a move to London. I continued to write stories but found to my amazement that suddenly now that I was no longer accompanied by photographers the world around me seemed to be filled with things that wanted to be photographed. I had finally discovered my own way to express what interested or obsessed me in a way with which I could live. After the war I had often suffered from the fact that my native language, German, was for most of the world the language of the enemy, and although I was able to write stories in English or French it did not touch the roots. So turning to the image felt both like a relief and an inner necessity.

I took up a period of apprenticeship with Simon Guttmann, who had the reputation of a querulous genius of the picture magazine world; he had played a role in the early days of the Berliner Illustrierte under the Ullsteins. Somewhere along the way, Robert Capa had been one of his apprentices, too. Now Simon Guttmann worked as an adviser to Picture Post. I bought a used Leica, worked incessantly and, as I was known as the only non-photographing person in this milieu and knew I would not be taken seriously if I suddenly showed up with photographs, I turned my name around and, as Egni Tharom, started sending my picture stories to any magazine I thought might be interested. Sometimes I sold something, sometimes I got letters praising my eye but deploring my technique. I spent nights in the darkrooms of professionals, learning a lot as a free assistant. For Mr. Guttmann I stood in front of theatres to take pictures of arriving luminaries, and covered catastrophes like floods and fires.

As I was selling more pictures, my confidence grew. I went back to Paris and worked for three months on a story about the Prêtres Ouvriers (worker priests), the first militant Catholic priests who, as “missionaries within their own country” and with permission from their orders, lived the life of workers in factories and the poorest quarters of Paris. It was a difficult story, and when I finally was finished, pictures enlarged and text written, I decided to risk it. I showed it all to Capa, asking his opinion about the photographs which he liked. So I confessed that I had taken them and after the first shock he said, “Ok, show me the rest of your work; if it is as good we’ll take you.”

So I was invited to join Magnum, first for a year as an associate, then as a full member. There followed many years of constant travel, shooting stories in different parts of the world, as well as industrial work, stills for movies and theatre, fashion, works for art magazines shot with big cameras and, more and more, portraits. In 1956, my first book Fiesta in Pamplona appeared. And so it has really more or less been going on until today.