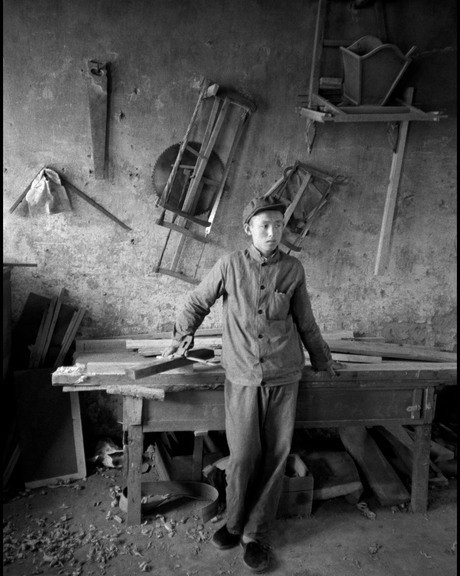 Thematically, Inge Morath & Arthur Miller: China describes the reflections of two Americans, “well disposed and trying to see and listen,” as Miller wrote. The exhibition portrays their experience of China’s culture through meetings with its most notable representatives: actors, writers, painters, and others, many of whom had suffered during the Cultural Revolution.

Morath’s images reflect the depth of her experience of Chinese culture, her empathy for its historical struggle, and her appreciation of its cuisine. Her texts reveal a recurrent frustration with the camera’s ability to adequately capture the nuances of light and life in China. “I am especially interested in photographing in countries where a new tradition emerges from an ancient one,” Morath wrote. Certainly, China in 1978 was a country where civilization and development were subject to critical scrutiny, and both ancient and modern traditions were being publicly re-examined for their validity within a culture of change.

What distinguishes Inge Morath’s photographs of China from other, similar bodies of work, is her urgent desire to comprehend, and to convey in pictures, what Arthur Miller describes as “China’s contradiction;” the ongoing struggle of new traditions in conflict with ancient ones. Although Morath is drawn to the beautiful and mysterious, the intensity of her experience and the intractability of her subject defy simplification. Morath encountered China as an irresolvable question, a dialogue between tradition and modernity within which beauty and tyranny collide again and again. The awareness of China’s greatness, and of the concurrent greatness of her tragedy, is pervasive.