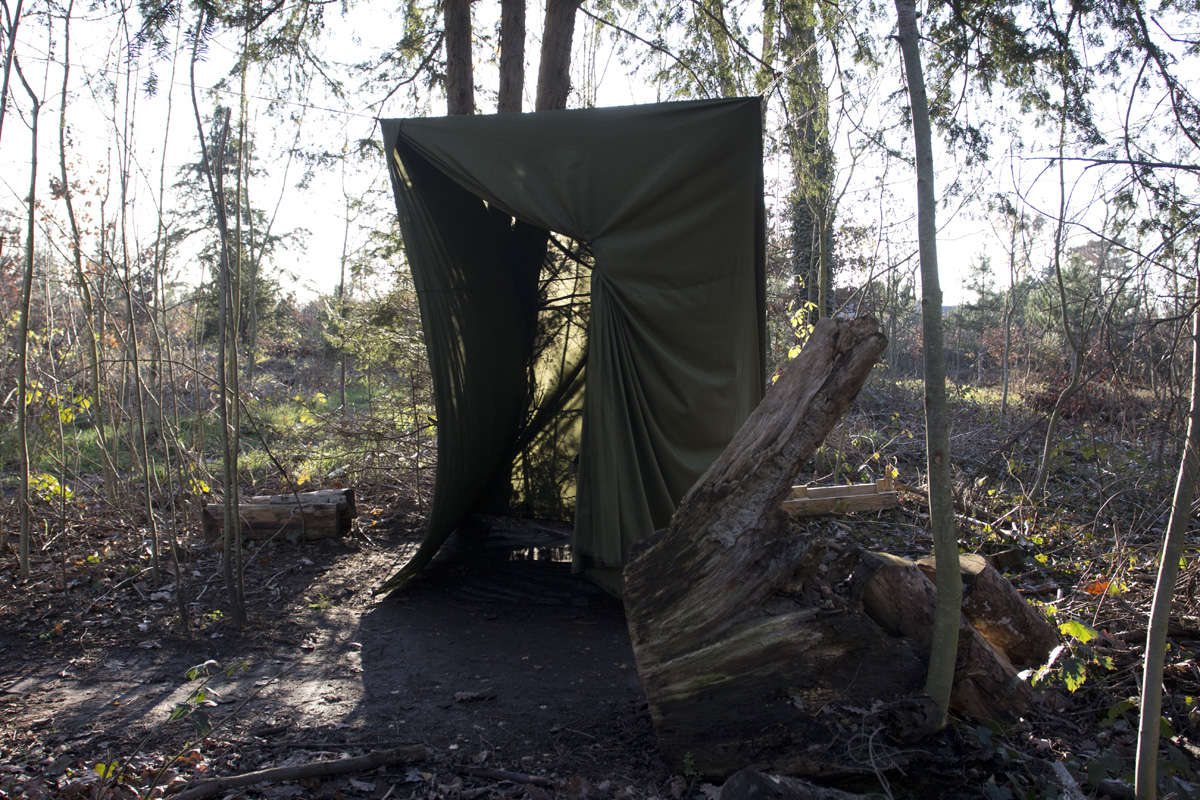 “Nauseous smells do not proceed from the most disreputable worlds” Antoine d’Agatha, Le Désir du Monde.

At first a formal approach born from my passion for interstitial spaces, nonprogrammed architecture, which is used every day by thousands of men and women, builders by necessity. Beneath the Bois de Boulogne trees, it appears as improvised tents that you can have a glimpse from the street, fabric stretched between trees.

That’s where the first steps of architecture and construction occur, through those marginalized women deep in the woods, right by the walk paths used by normal people living in the very close capital.

But this approach is soon outworn by the test of flesh, bodies and souls. Those sheds are not only spectral shapes that sometimes emerge from a detour. You can easily feel the subtle touch of a human being, of a woman far from the images that come to mind with this “profession”. She invests the place, projects herself and builds a future. Personal items, decoration in order to improve comfort for men they won’t judge. Those details are intended to forget the undergrowth and their precariousness; so many things trying to make their situation normal, applying the varnish of a day-to-day reality that one cannot suspect.

At crossroads filled with women from around the world, partly held by the most violent pimps and by one of the most despicable modern slavery, you find those independent prostitutes, often transvestites from south America. They are fiercely attached to their project for a better life. They meet women, other human beings full of dignity and fulfilled choices. For these people facing misery too soon, dealing with the question of their woman identity in a man’s body, prostitution is a way of making a life; an apartment, sometimes children, a husband or boyfriend, and a schedule similar to anyone, there’s life.

To the cold and demiurgic architecture of practitioners and licensed builders, I prefer the one made by ordinary people, filled with emotion and feelings, invested with hope and sometimes regrets, relegation spots for most of them, first step to a bright future for those who live there. The sheds of the Bois de Boulogne prostitutes are more than cloth stretched to hide commercial sex. They tell too much about their inhabitants for that. That’s what I’m trying to show with those pictures and testimonies, step by step, along sincere relationships.