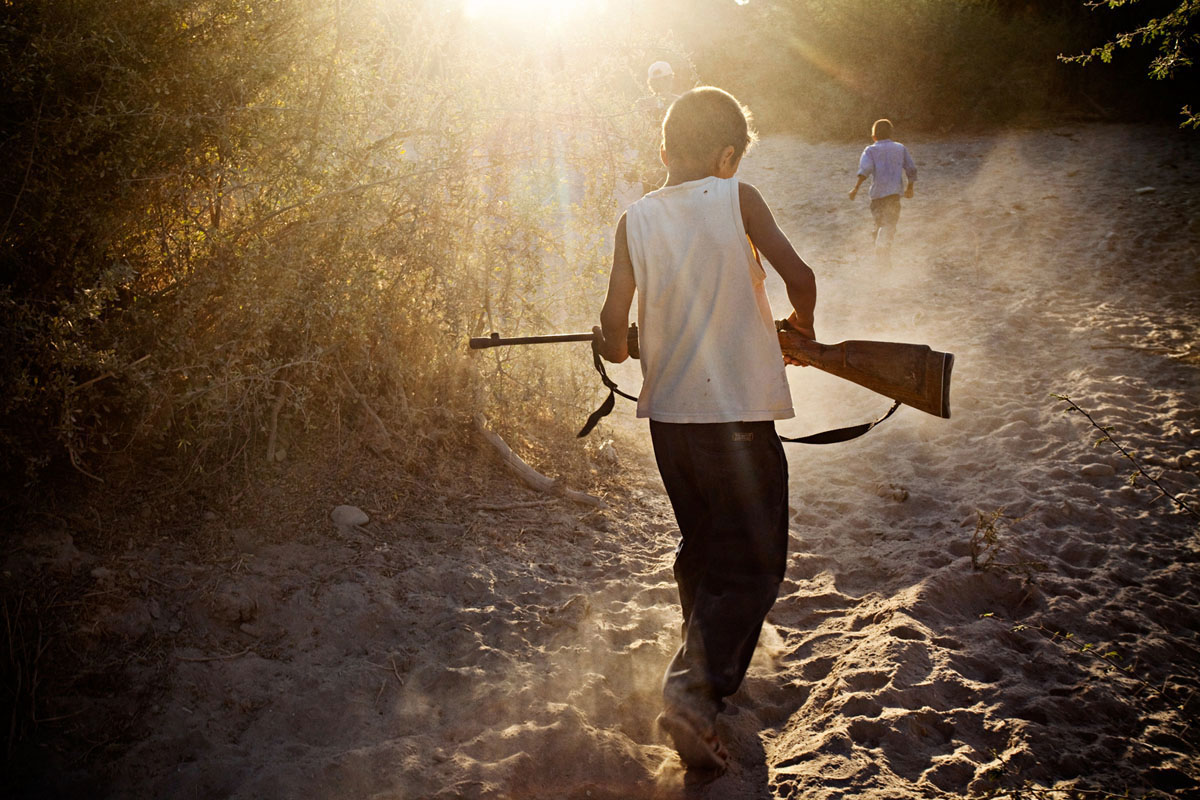 This project documents a slice of the culture and life of the Baja California peninsula rancheros (in Mexico), focusing on the particular fusion between past and present that they experience today—a fragile equilibrium that is about to be broken by the forces of globalization.

The rancheros and their families live mainly of the land, sometimes hours away from the closest town or paved road. Descendants of Spanish settlers who were brought to the peninsula by the Jesuits in the late 1700s and the native inhabitants of the peninsula, these families have maintained their unique heritage and customs, which have been shaped by adapting to life in a rarely abundant and often inhospitable land, over centuries.

Today the rancheros and their singular sense of identity are quickly disappearing in the face of “development.” Responding to investors in a growing tourist industry or to private offers, many succumb to the pressure to sell their land on the cheap. Those that still own their land generate very low incomes for very hard work. Their efforts to give their families a better life force them to move to the city. There, they lose their modest but sustainable way of living to become part of the poor labor force that suffers from unemployment and harsh living conditions. The few who are lucky enough to study rarely return home to apply their aquired knowledge to improve their communities and to uphold their traditions.