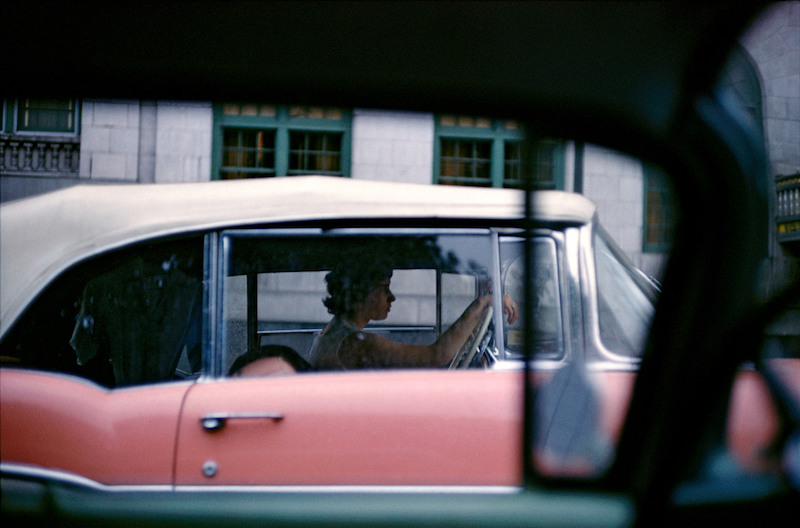 Frank Taylor, who was an old friend of mine, and who I inveigled into being the producer [of The Misfits], thought it would be a great idea to get Magnum to send over as many people as they could to photograph it. I didn’t know any photographers and I had no opinion about it; it was the last thing in the world I was worried about. Henri [Cartier-Bresson] and Inge decided to do a motor trip across the country [on their way to the set in Reno]. Both of them were Europeans, of course, and they thought that, driving across the country, they would run into all kinds of wonderful, different cooking experiences as they would in Europe. When confronted the inevitable hamburger everywhere, they were driven back to eating carrots and apples and tea.

The ’60s in America, of course, was the despair and the secret hope of a lot of European intellectuals. The freedom, the local inventiveness, the friendliness, charmed them. And Inge, I know, was pleasantly surprised by how dear the people were. Of course, most people were to her; she was very affectionate toward people, and they reacted in a similar way. However, it was a difficult trip because she couldn’t eat meat and Henri liked more delicate cooking. So they were driven half mad by the carrots and the apples and the tea. And they arrived in Reno half-starved and ready to go to work.

Inge wrote a diary of this trip. It’s a brilliant description of the ’60s America. It’s a European’s wise and, at the same time, wide-eyed view of this crazy country. She caught all the insane contradictions that were here because they were very fresh to her; she was unprepared for them. You’ve got to remember that World War Two was still engraved in their minds. They had witnessed, and in Inge’s case she had suffered a great deal in Nazi Germany from the effects of the war. So this fresh country was overwhelming.

Inge took comparatively few pictures. When she pointed the camera she felt a certain responsibility for what it was looking at. [She] believed that to photograph a place you had to know the language. So she studied Chinese for about seven years before she went to China, and she did, similarly, with Russian before she went to Russia. Travel with her was a privilege because I would never have been able to penetrate that way. She was unobtrusive and she simply took [her subjects’] side of the lens. People quickly caught on that she was a different kind of a person than they were expecting in a photographer. She had a great talent for drawing people in, even without the camera.

© Arthur Miller, 2004. Text excerpted from a discussion of Inge Morath’s photographs at the Howard Greenberg Gallery, New York, May 26, 2004.