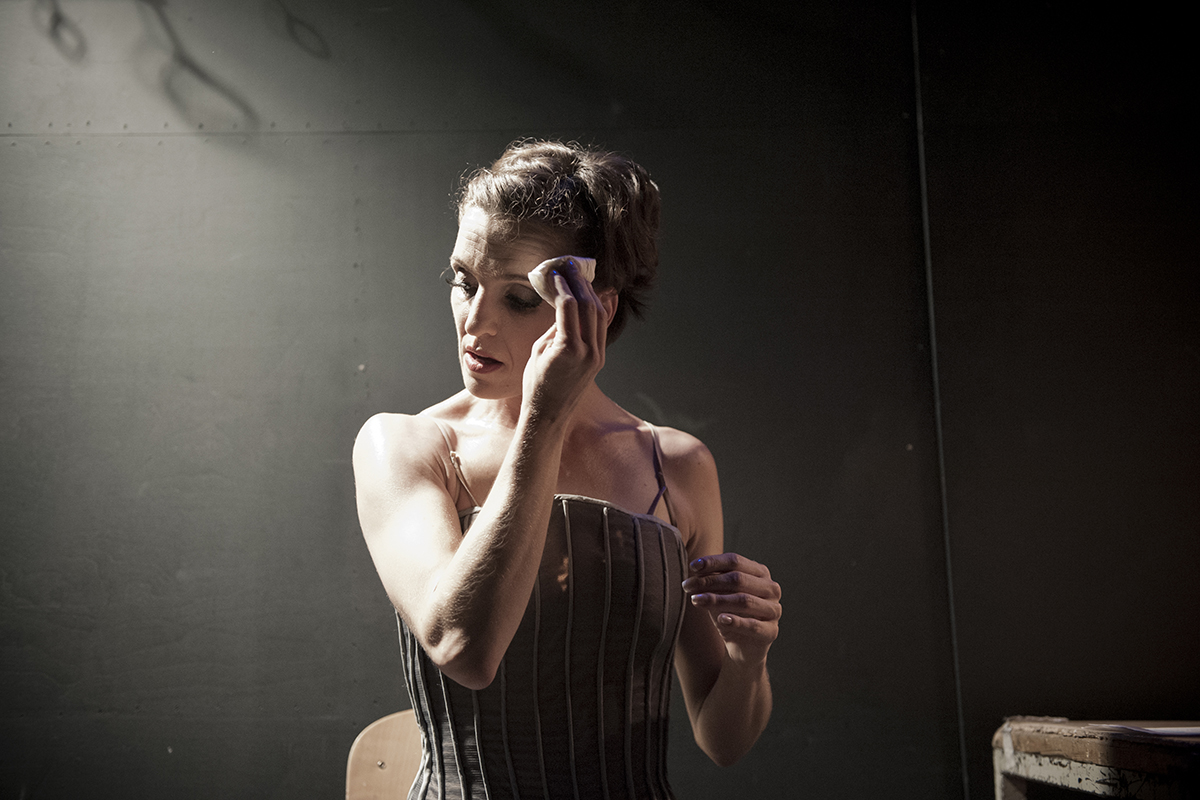 Karine Seneca is alone on a large dark stage. This is her final rehearsal, the last one of her distinguished career. Seneca, who is forty now, is rehearsing for the ballet “Madame Bovary”, a production that will soon have its premiere. The ballerina knows all too well that it is her last rehearsal, her final role in a premiere, and that she will perform her last dance. Ballet dancers have their share of tension and pressure, but this time, this performance, this moment are all clouded in uncertainty and anxiety for Karine Seneca. She‘s forty, and she knows it is time to leave. At seventeen, Karine Seneca began her career as a talented member of the Ballet Basel. She went on to perform with the Deutsche Oper am Rhein, the Zurich Ballet and then with the Staatsoper Hannover. For many years, the prima ballerina‘s life was a busy and public one, with little time left for privacy and quiet.

And now, a guest appearance in “Madame Bovary” in Heilbronn. One final bow to an appreciative audience and its thunderous applause. Karine Seneca‘s career has come to an end in her middle age. But, how must she feel? A life filled with dance, but now a life that‘s come to an end? Last August, Karine Seneca returned to her hometown of Cannes, hoping to find the peace of mind that had eluded her for her years on stage. There‘s much ahead for her. What will be next? How can she avoid finding herself in a new career that displeases her? Can she find tranquility and satisfaction in the coming months and years? She knows it will be long and trying process, and the outcome is nowhere near being in focus. I spent time with the ballet dancer in Germany last summer, then with her in Cannes as she pondered her life in retirement. In the coming months or years, I will be with Karine Seneca as the former prima ballerina lives her new life. At every step of the way I hope to document what happens to this most special woman as the curtain rises on her most important role: the dance of life.