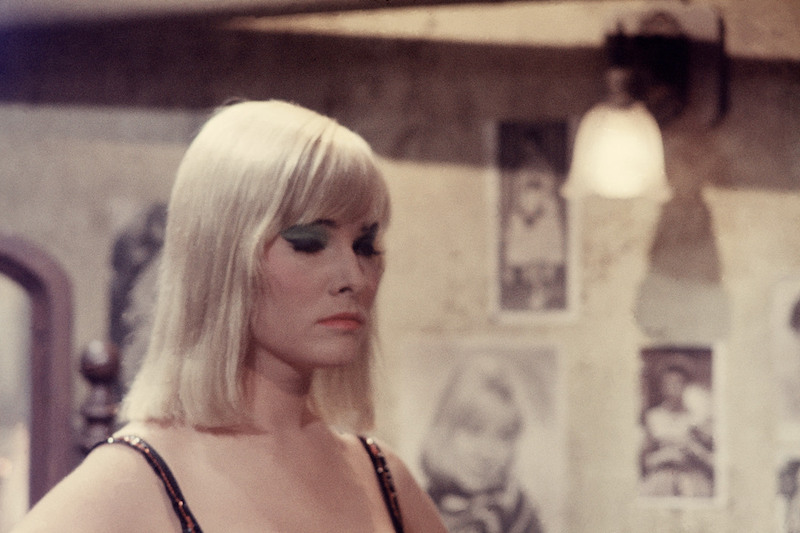 One need look no further than Morath’s Master Story List, the index to her assignments and projects, to conclude that she was neither a fashion photographer nor a paparazzi. In fact, during her early years as a “greenhorn” at Magnum, Morath was frequently given fashion related assignments that were of lesser interest to her senior colleagues. We may speculate that stories on debutantes coming out in London (Mayfair and Soho, 1953), fairs and dog shows (Puck’s Fair and Cruft’s Dog Show, both 1954), and the Bal d’Hiver in Paris (1954), were among the subjects regarded as more appropriate for a younger member, and perhaps also as more appropriate to her gender. (During the 1950s Morath was, together with Eve Arnold, one of only two female members of the agency.) Indeed, during her first three years with Magnum, Morath was assigned numerous “feminine” subjects, such as Mrs. David Niven (1953), the Duchess of Marlborough at Blenheim Palace (1954), and Lola de Vilato (1955), sister of Pablo Picasso, as well as stories on American Girls in Paris and the Beauty and the Beast Fashion Show (both Paris, 1954).

According to Morath, before sending her off to work on an early story in Spain (Generation Women, 1955), Robert Capa insisted that she start to dress “like a lady.” “I took his advice,” she later wrote, “and my reward was the look on his face when I showed up in my first Balenciaga.” Morath had been introduced to the now legendary designer while working on another “feminine” subject, a portrait of Marie Louise Bosquet, Paris editor of Harper’s Bazaar (1955).

In many stories of her stories from the 1950s, we find an early hint of Morath’s interest in fashion as related to style and costuming, themes which would re-appear in her later, large-scale projects considering the relationship of performance to personal identity. Morath’s pictures, as pictures, are beautiful, but they are also self-reflexive statements about photography itself, and the photographic construction of beauty. In her documentation of the Beauty and the Beast Fashion Show, for example, Morath photographed the runway models from behind, in unflattering silhouette, and outdoors surrounded by gawking onlookers and photographers; in one, the photographer bends the model’s back and neck to grotesquely follow the line of her dog’s back and neck. The dog is to the model, in these pictures, what the model is to the photographer: an obedient accessory. The Beauty and the Beast series is perfectly complimented by a picture from 1958, in which a dog, also photographed from behind, is seated in the place of honor at a fashion show. A model, on a makeshift runway of carpets, stands directly in front of the dog in her fur coat, gazing blankly into Morath’s camera.

Similarly, in her work on film and stage sets, Morath invariably sought to capture the mise-enscène. Like many Magnum photographers, Morath worked as a still photographer on numerous motion picture sets. John Huston’s Moulin Rouge (1953) was one of her earliest assignments, and was her first time working in a film-studio. Having fulfilled the requirements of the story by photographing the stars, Zsa Zsa Gabor and José Ferrer, Morath also carefully documented make-up artists at work and dancers resting between takes. While photographing Huston’s The Unforgiven (1960), starring Audrey Hepburn, Burt Lancaster, and Audie Murphy, Morath accompanied the director and his friends duck hunting on a mountain lake outside Durango, Mexico. Photographing the excursion, Morath saw through her telephoto lens that Murphy had capsized his boat 350 feet from shore, and that, stunned, he was drowning. A skilled swimmer, Morath stripped to her underwear and towed Murphy ashore by her bra strap while the hunt continued uninterrupted. Morath worked again with Huston in 1960, on The Misfits, a blockbuster film featuring Marilyn Monroe, Clark Gable, and Montgomery Clift, with a screenplay by Arthur Miller. Magnum Photos had been given exclusive rights to photograph the making of the movie, and Morath and Henri Cartier-Bresson were the first of nine photographers to work on location, outside Reno, Nevada, during its filming. Morath met Miller while working on The Misfits, and, following Miller’s divorce from Monroe, they were married on February 17, 1962.

At home and wherever she traveled, Morath sought out, befriended, and photographed fellow artists. During the ‘50s she photographed Jean Arp and Alberto Giacometti, among others, for Robert Delpire’s magazine L’Oeil. She met the artist Saul Steinberg in 1958. When she went to his home to make a portrait, Steinberg came to the door wearing a mask that he had fashioned from a paper bag. After she re-located to the US, Morath and Steinberg collaborated on a series of portraits, inviting individuals and groups of people to pose for Morath wearing Steinberg’s masks. Morath also worked collaboratively with her husband on several projects, including the books In Russia (1969) and Chinese Encounters (1979), which documented their meetings with dissident artists and writers in the Soviet Union and the People’s Republic of China. Throughout their forty-year long marriage, Morath extensively documented productions of Miller’s plays, bringing her into contact with a wide range of stage actors, including Faye Dunaway (After the Fall, 1963), Vanessa Redgrave (Playing for Time, 1979), and Dustin Hoffman (Death of a Salesman, 1975). During the ‘70s, she also regularly documented productions of the Circle In the Square Theatre and the Living Theatre, and in ’77 she produced a story on the all-female Takarazuka Theatre in Japan. With Miller’s election as the first American president of PEN, in 1965, Morath also increasingly focused on portraits of writers, among the most poignant of which are those of women, including Janet Flanner (1973) and Elizabeth Hardwick (1978), as well as Cosmopolitan Magazine editor Helen Gurley Brown (1982).

In her life, as in her photographic work, Inge Morath celebrated the ways that the human creative spirit finds expression: through social and religious rituals, posturing and costuming, through work, sport, and through dance, music, art, and theatre. Like many of her early Magnum colleagues, in the early years of her career Morath was motivated by a fundamental humanism, shaped as much by the experience of war as by its lingering shadow over post-war Europe. This motivation grew, in Morath’s mature work, into a motif as she documented the endurance of the human spirit under situations of transformation and duress. If a thread can be said to run through her work from beginning to end, it is the marvel of human creativity, which Morath both documents and exemplifies in her photography. What distinguishes Inge Morath’s work from that of her colleagues is the consistency of her eye for life’s brilliant theatricality. Whether photographing festivals or artists’ studios, on film sets or on the street; whether photographing celebrities or strangers, on the street or on a fashion runway, Morath invariably encountered the world around her as a stage for the performance of life, each of her subjects contributing equally to its beauty.

Inge Morath: Fashion & Celebrity (forthcoming from Steidl) will present a selection of approximately 200 black-and-white and color photographs which tie together the many disparate creative subjects examined by Morath during her 50 year career. In these photographs, we encounter both Morath’s gentle humor and her exquisite sensitivity as she captures the vulnerability of her subjects opening themselves to her. In the process, we re-discover Morath as a photographer with a unique and long-lasting vision for the emergence of new forms of creativity from traditional ones. The depth and the motivation for her vision are illuminated by Morath’s own words: “survival should never be allowed to render the past harmless.”