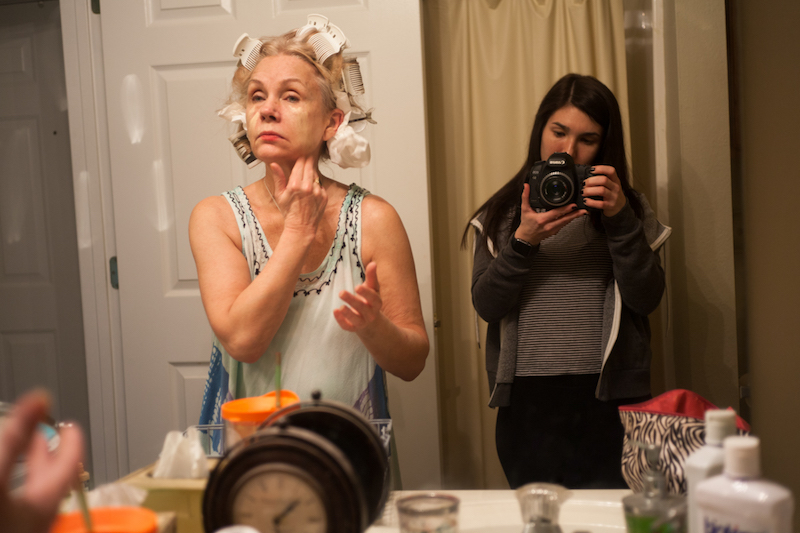 Magnum Foundation and Inge Morath Estate are pleased to announce the recipient of the 2018 Inge Morath Award, Melissa Spitz, for her project You Have Nothing to Worry About. The Inge Morath Award is a $5,000 production grant given each year to a woman photographer under the age of 30 to support the completion of a long-term documentary project. This year’s finalists are Peyton Fulford, for her proposal Infinite Tenderness and Emily Kinni, for her proposal The Bus Stop. From a pool of 98 applications from 31 countries, Melissa, Peyton, and Emily were selected by the membership of Magnum Photos at their Annual General Meeting to honor the legacy of their colleague, Inge Morath.

Born in Missouri, Melissa Spitz received her BFA from the University of Missouri and her MFA from the Savannah College of Art and Design. She was awarded by Time Magazine in 2017 as “Instagram Photographer of the Year,” and is one of the recipients of the 2016 Flash Forward Award by The Magenta Foundation. Her work has been featured by Time Magazine, VICE, The Huffington Post and Aperture Foundation.

In her proposal, Melissa Spitz writes:

Since 2009, I have been making photographs of my mentally ill, substance-abusing mother. Her diagnoses change frequently–from alcoholism to dissociative identity disorder–and my relationship with her has been fraught with animosity for as long as I can remember. You Have Nothing to Worry About has acted like a mirror for my mother and she attributes seeing the photographs as her reason for seeking help with alcohol abuse. The project’s Instagram @nothing_to_worry_about has spurred a community of mothers and daughters discussing addiction and mental health in the home.

Peyton Fulford’s Infinite Tenderness portrays the notion of intimacy and identity among the LGBTQ+ community in the American South. In her proposal, she writes: “I am documenting the exploration of one’s body, sexuality, and gender that comes along with growing up and identifying oneself. My intention is to empower others and create an accepting space for queer kids that grow up in small towns and rural areas.”

Emily Kinni’s The Bus Stop documents recently released inmates at a bus station in the prison town of Huntsville, Texas. In her proposal, she writes: “On average there are 100 to 150 releases a day Monday through Friday. If the individual doesn’t have a family member picking them up they walk a block away to a designated Greyhound bus station and wait for their ride out of town. I have been going to this bus stop and photographing men interested in sharing their stories with me.”

Melissa, Peyton and Emily’s work, in addition to that of other select applicants, will be presented in the Inge Morath Magazine over the coming year.

Magnum Foundation is a non-profit organization that expands creativity and diversity in documentary photography, activating new audiences and ideas through the innovative use of images. Through grantmaking, mentoring, and creative collaborations, we partner with socially engaged imagemakers experimenting with new models for storytelling.