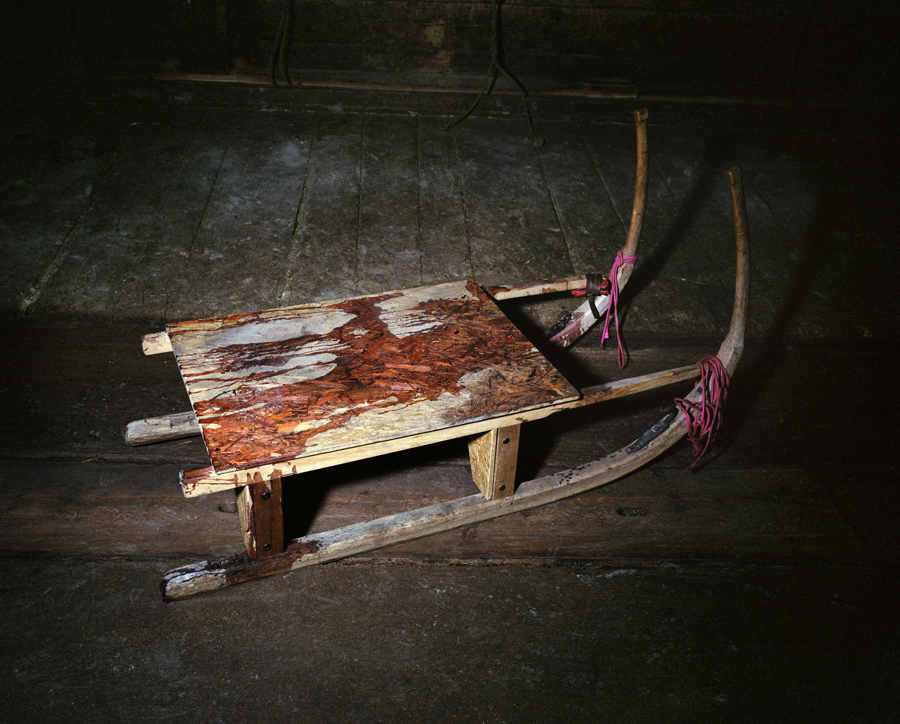 My approach to the “hunting games” began with a strong aesthetic fascination. Initially, I am not coming from the world of hunting and I am not part of the initiated people. But I wondered what could really signify this practice nowadays and further than the stereotypes? How to represent hunting in a modern society, where it is a very deeply contradicted subject? How to stage this universe without creating an expected and sterile polemic? The ambiguous admiration, with its repulsive part, that I felt for hunting was the main motor of my work. I choose to react as free as possible, mixing a documentary approach with suggested and sometimes ironical pictures. But especially creating some staged and theatrical photographs, with a dramatic and imposing atmosphere.

My work presents the hunting subject as an abounding and powerful universe, most of the time nocturnal, both frightening and fascinating, with ancestral foundations in a suggested world, but thoroughly contemporary. My pictures meets with our relation with nature, animals and death. It becomes like a great hunting theatre and confronts directly the viewer to his personal and basic relation with wildlife. I tried to understand what can mean this hunting action (acte de chasse) fundamentally, what can define or represent it, starting with the attitude of being green dressed and ending with the Weidmans Heil congratulation1. I have been fascinate with this powerful membership, though illusory, to an extraordinary world. Something like a parallel dimension which brings mens together in the middle of the woods and where everyone dresses provisionally his hunter suit.