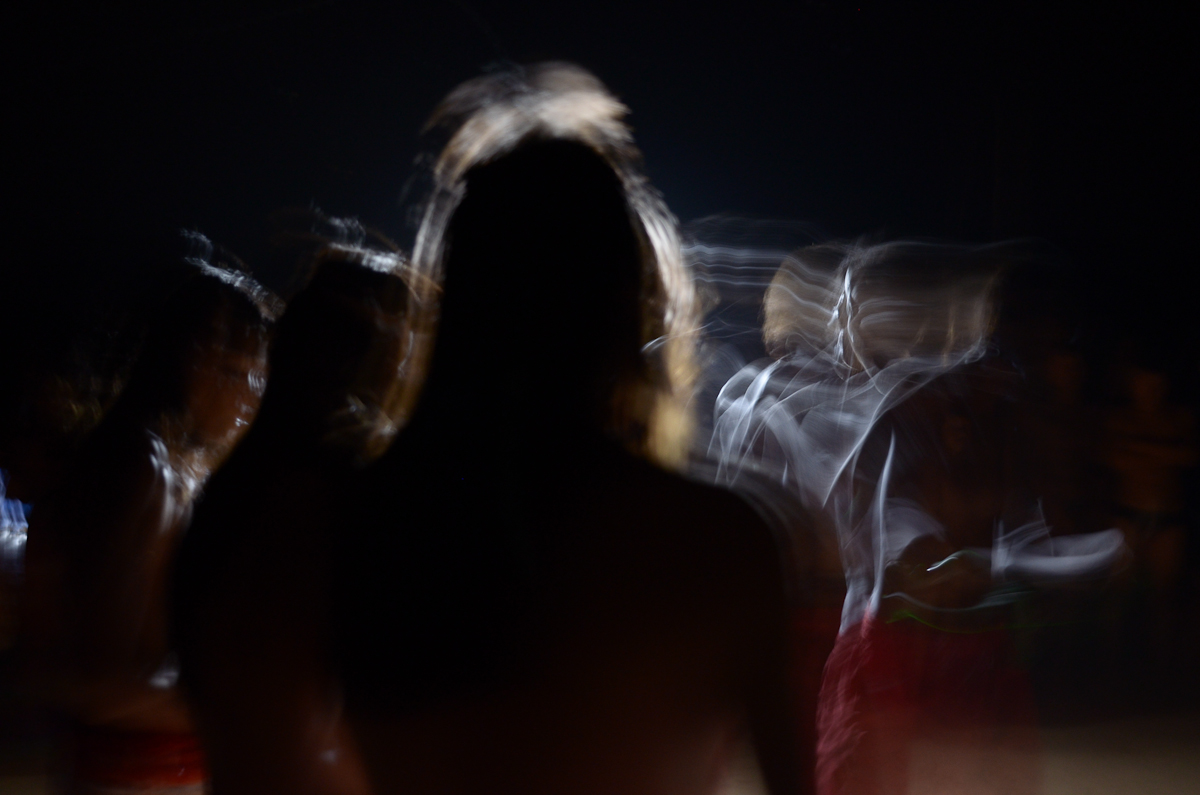 Mekarõ
The Krahô, one of the Brazilian indigenous peoples, were first contact by the Government was over two hundred years ago. However, they remain living in the country area, in their circular typical villages, where they also kept their language alive. But even though they kept traditions; they are not alienated from the contemporary issues: from the earlier 2000, a group of the Krahô youth began using the image and sound technologies as a great contribution to their cultural resistance. Several videos were produced by the Mentuwajê Group (guardians of the culture), one group of filmmakers of Aldeia Pedra Branca (White Stone Village), the largest on Krahô territory, located in the north of the Tocantins state, in Brazil’s central area.

From the contemporary use of a word with a less recent meaning, the concepts of ‘Mekarõ’ reveal the complexity of indigenous reality. ‘Mekarõ’ designates both the technical image – videos and photos – as other images associated to the body – a reflection, a shadow and even the soul. Considering the semantic richness of the term and prejudices that still exist towards the indigenous people, the project aims to present a cultural matrix still poorly recognized.

The photographs record the native camera action during the initiation ritual Pembkahèc, one of the festivals that mark the formation of a Krahô individual. The darkness of the night and the idea of the soul (both among Krahô as from the Western imagery) guided the production of the photos: they are figures, spectra, sights obtained with expanded exposure of the photographic shutter. Every light source found in the photos is from the lighting made for nocturnal videos.

The subjective record of the ritual is the meeting point between two authorship, the photographer’s Ana Carolina Matias and Mentuwajê Group. What you see are the traces of the action of the directors Krahô, new shamans image. For Krahô the ‘mekarõ’ is always associated with memory: the souls of the dead to be forgotten by the living relatives, even causing danger to the village, the video image serves to affirm the actions of the living, strengthening the memory of the rituals, festivals and practices of the indigenous.

Mehin
Besides the Mekarõ series, another set of images was produced outside the indigenous land. Mehin (self-designation of Krahô and Timbira people ), is a series of self-portraits that records the gradual vanish from the skin of the art in the photographer’s body. The juice from the Jenipapo fruit (a native fruit from Brazilian savanna), is used as a strong pigment that marks the geometric shapes made by the hostess in the Krahô tribe. The Timbira people has a strong kinship system that embraces even foreigners (designated as ‘kupe’), making them also Krahô, therefore ‘mehin’. This term translates as my flesh, my people. Going through a ritual in the center of the village, the foreigner gets a name and now belongs to the community, and also gets responsibilities towards the people who welcomed him. The strategy is to integrate Krahô outsiders’ and make them an ally, not an enemy.

When returning from the indigenous land after over a month of interaction, the reminiscences of the experience could be seen on the skin marked by ink that lasted about three weeks. The photographs taken at first to register the ink across the body, are also a record of the transformation of the identity of the photographer. More than emphasizing ethnic differences, Mehin – my flesh, shows the intensity of the indigenous experience.