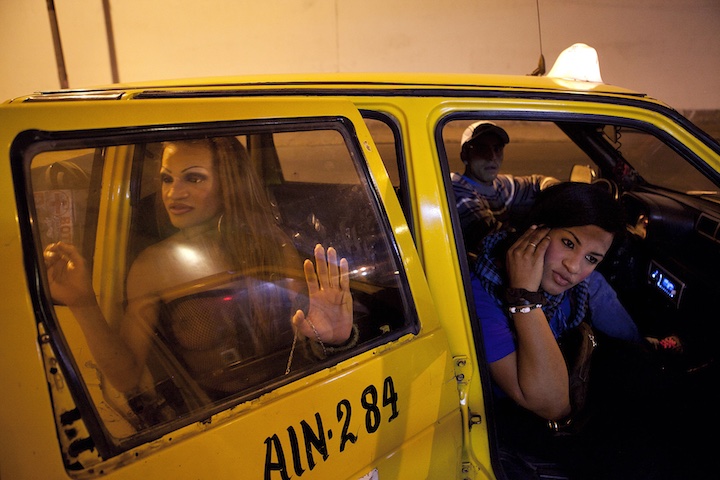 Born in Texas, Danielle Villasana double-majored in photojournalism and Spanish at the University of Texas, graduating in 2013. In 2014, she co-founded Everyday Latin America on Instagram, which forms part of The Everyday Projects, a movement founded by Peter DiCampo and Austin Merrill to combat stereotypes in traditional media. She is an alumna of the Eddie Adams Workshop, and was an attendee at the 2015 New York Portfolio Review. She is currently based out of Lima, Peru.

For her proposed project for the Inge Morath Award, Villasana writes: “In Peru, a country with a highly machismo, conservative, religious and transphobic culture, transgender women are extremely marginalized and discriminated by society. Persecution begins early at home and school, causing them to abandon their families and studies.” A Light Inside aims to combat stereotypes of transgender women as hyper-sexualized objects, and explores the complexities of gender identity, pain and rejection.

Villasana will use the Inge Morath Award to create more stills and collect interviews for transgender education and community engagement collaborations. “I believe it’s important to work with them not only so that their voices are included but also as a way to empower them through self expression” Villasana writes. Via a low cost pop-up outdoor exhibit in Lima, transwomen will also have an opportunity to speak to majority of Limeños, who may not be able to purchase a book, have access to a gallery or internet. Sofia Valiente is a US photographer, whose “Miracle Village” documents the lives of 12 individuals in a community in South Florida, home to over 150 sex offenders. “Everything in the village is transparent: everyone knows the worst of each other” writes Valiente. Founded five years ago by a Christian ministry, the village seeks to help individuals that have no place to go when they leave prison. The proposals of Danielle Villasana, Sofia Valiente, and selected other applicants will be presented in IM Magazine during 2015/16, launching in September ’15. A total of 81 submissions were presented to the Magnum Foundation, prepared by the Inge Morath Foundation, who also participated in the selection. The winner was selected by the members of Magnum Photos on July 16th, 2015 following the annual Magnum meeting.