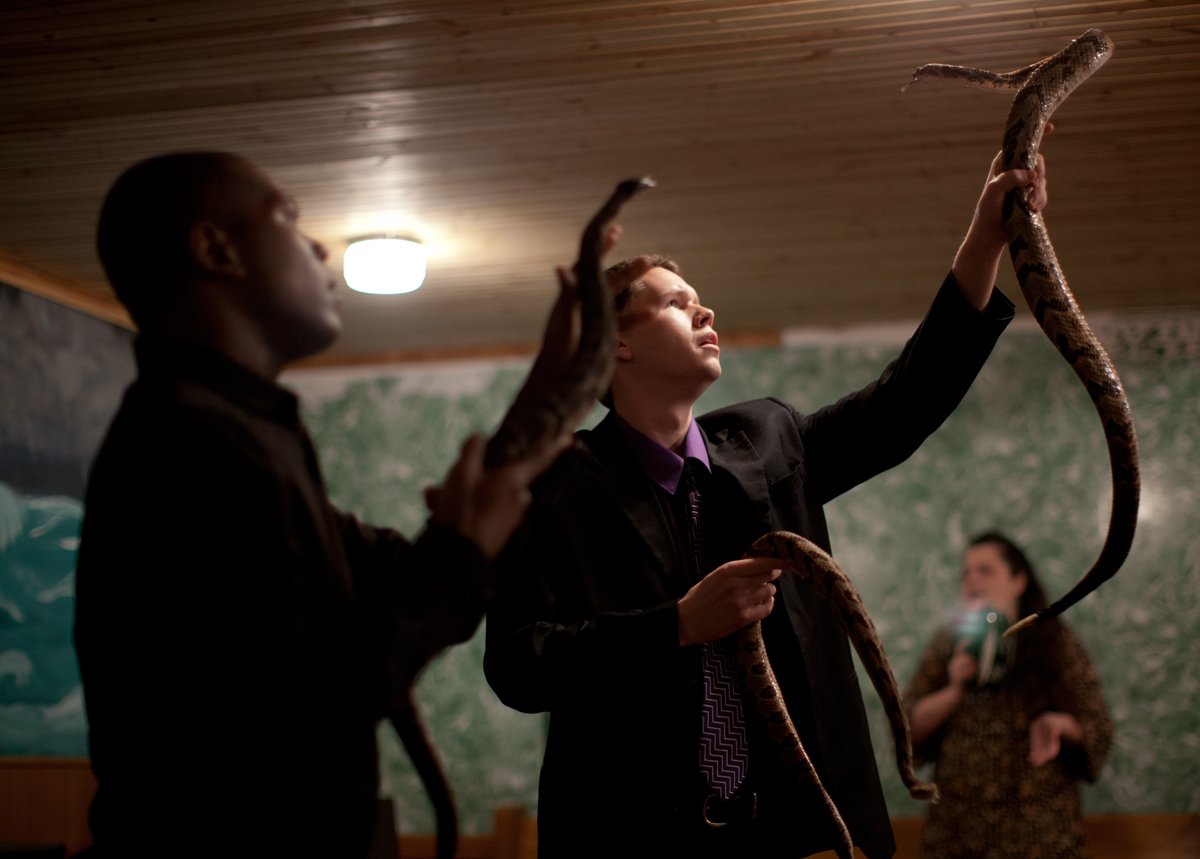 Because of an error by the Foundation regarding eligibility requirements, the Award will not be made to the winner selected by this year’s jury. The Foundation regrets its error, and apologizes to the applicants.

In addition to the winner, the jury selected Lauren Pond (US) as finalist, for her project, “Faith and Its Price.” Ms. Pond’s proposal will be presented in full in IM Magazine, the web-based publication of the Inge Morath Foundation, in September, 2013.

Lauren Pond, 27, is a graduate student at Ohio University in Athens. “Faith and Its Price,” is a study of the Pentecostal Sign Followers, a Protestant denomination based in Appalachia whose members handle venomous snakes during worship. Pond was present for the death by snake-bite, in 2012, of Pastor Randy “Mack” Wolford, and has begun documenting the rise of Pastor Andrew Hamblin, who was mentored by the late pastor. In her proposal Pond writes: “Sharing this traumatic experience and the difficult emotions that it stirred – despair, anger, guilt, and eventually, forgiveness – with the Signs Following community reminded me of the fundamental humanity that connects us, regardless of our different religious beliefs. I will complete ‘Faith and Its Price’ in this frame of mind, hoping to generate greater understanding of serpent-handling by portraying it on a human level. In the wake of tragedy, what do we learn from our experiences, and how do we persist in what we do and believe?”