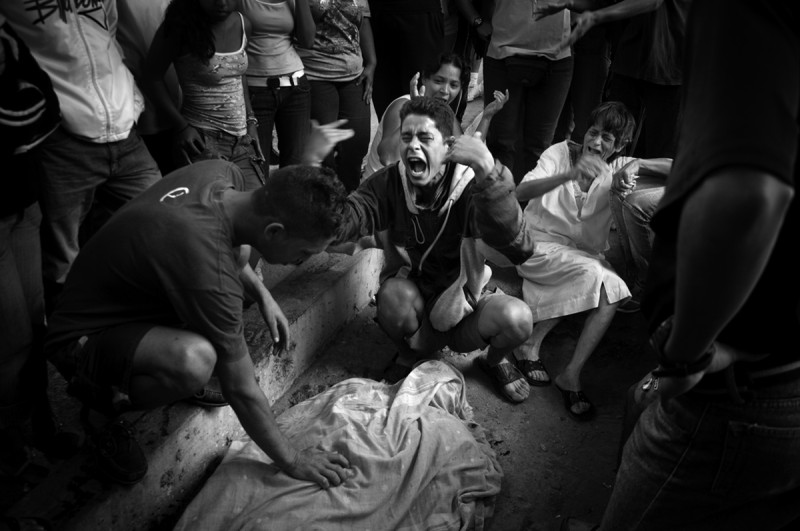 Each June, the winner of the Inge Morath Award is selected by the full membership of Magnum Photos during their annual meeting. This year, in recognition of exceptional quality of submissions received, the membership selected two applicants as winners of the Award, and voted a one-time doubling of the funds available so that both would receive a full grant of $5,000. The two winners are Lurdes R. Basolí of Spain, for her project “Caracas, The City of Lost Bullets,” and Claire Martin of Australia, for her ongoing documentation of marginalized communities within prosperous nations.

Lurdes Basolí’s winning project will be featured in IM Magazine in September, and Claire Martin’s project in October 2010.

Claire Martin began her career as a social worker, and turned to photography in 2007. Since her first body of work dealing with addiction and poverty, she has published extensively, and was recently selected as an “Emerging Talent” for Reportage by Getty Images. She resides in Perth, where she is a freelance photographer.

Lurdes Basolí has postgraduate degrees in Photojournalism and Digital Image from the Universitat Autonoma de Barcelona, Spain, and she has published and exhibited internationally. Her project was recently presented at the Noorderlicht Photofestival in Holland. She lives and works in Barcelona.

Thanks to all who applied for the 2010 Award. The winner and finalists were selected by the attending members of Magnum Photos on June 27th, 2010 in New York, at the annual Magnum meeting. Submissions were prepared and presented by the Inge Morath Foundation, which also participated in the selection.

We were pleased to have had the opportunity to look at your photographs, and wish you the best for your future work. All applicants who meet the Award guidelines are encouraged to re-submit their work for consideration in 2011.